About The John Piper Project 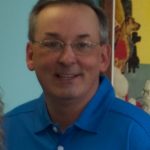 About The John Piper Project:

John Piper graduated from the University of Texas at San Antonio with a Business degree in Accounting and has extensive experience owning and running restaurants and Veterinary Hospitals for more than 25 years. He is the brainchild and Business Manager behind the innovative and beautiful Angel Animal Hospital. As a member of the business community in Indiana for over two decades, he is recognized as a leading advocate for the support of locally owned businesses and charities. For over 20 years, before it was a popular trend, he has urged local communities to support Hoosier owned companies, understanding that buying from firms owned, managed and operated by out of state corporations instead of the available Hoosier owned companies means sending local money out of state.

He is a true Patriot and avid student of American History with a passion for studying the founding fathers and the American Civil War. He and his wife enjoy touring battlefields, visiting museums and other historical venues important in the history and founding of the United States of America. John is a passionate student and observer of the political scene and has a renewed interest in serving the people of his community. He is preparing to put his personal life on hold to pursue political office reminiscent of our founding fathers.